Cliff Park in Dovercourt, Crescent Gardens in Frinton, Weeley Crematorium Gardens and Clacton’s Seafront Gardens have all held on to the quality mark, awarded by Keep Britain Tidy.

Michael Talbot, Cabinet Member for Environment at Tendring District Council (TDC), said community support was at the heart of the open spaces’ success.

“This year, perhaps more than any other, we have as a community enjoyed our parks and open spaces as they have become a place to take our daily exercise at the height of lockdown and to meet friends in a safer, outdoor setting,” Cllr Talbot said.

“Our open spaces team work incredibly hard, hand-in-hand with local volunteers, to keep our green spaces so vibrant for residents and visitors alike to enjoy.

“With the limits placed upon us by Covid-19, and our particularly hot weather this year, that is no easy job, and I applaud their dedication which is recognised by the retaining of these four Green Flags.”

Clacton Seafront Gardens won its first Green Flag in 2009, with Frinton’s Crescent Gardens joining its ranks the following year. Weeley Crematorium’s grounds received a Green Flag in 2013, while Cliff Park was first awarded the flag in 2016.

Commenting on TDC’s success, Keep Britain Tidy Chief Executive Allison Ogden-Newton OBE said: “This year, more than ever, our parks and green spaces have been a lifeline and we know that millions of people have used them to relax, meet friends, exercise or simply escape for a short time.

“It is testament to the incredible dedication and hard work of parks staff and volunteers that, despite the challenges that went along with record numbers of visitors, TDC has achieved the highest international standards demanded by the Green Flag Award.”

The Green Flag Award scheme, managed by environmental charity Keep Britain Tidy under licence from the Ministry of Housing, Communities and Local Government, recognises and rewards well-managed parks and green spaces, setting the benchmark standard for their management across the United Kingdom and around the world. More than 2,000 green spaces in the UK have been recognised this year. 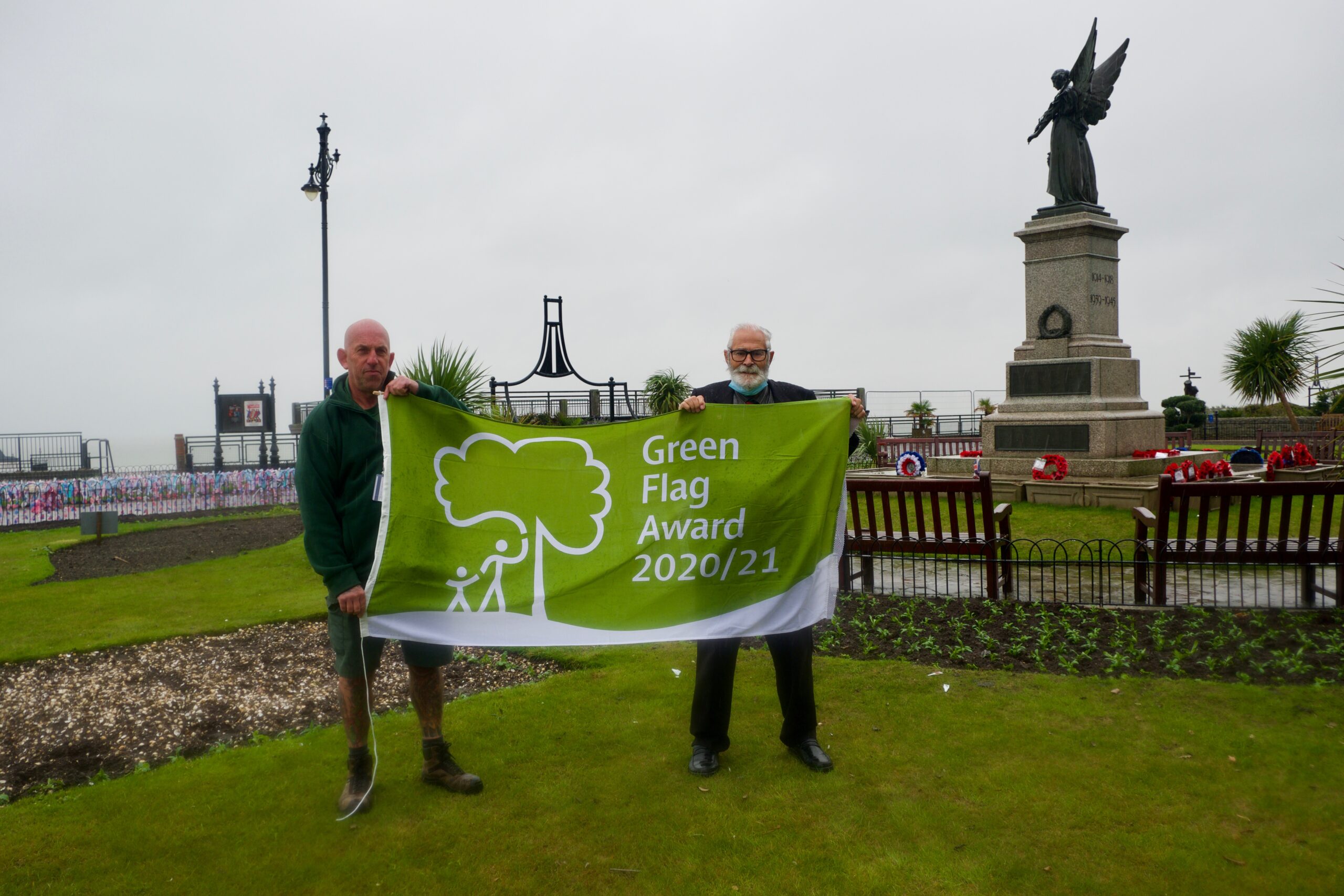