RESIDENTS URGED TO COMMEMORATE VE DAY FROM THEIR HOMES 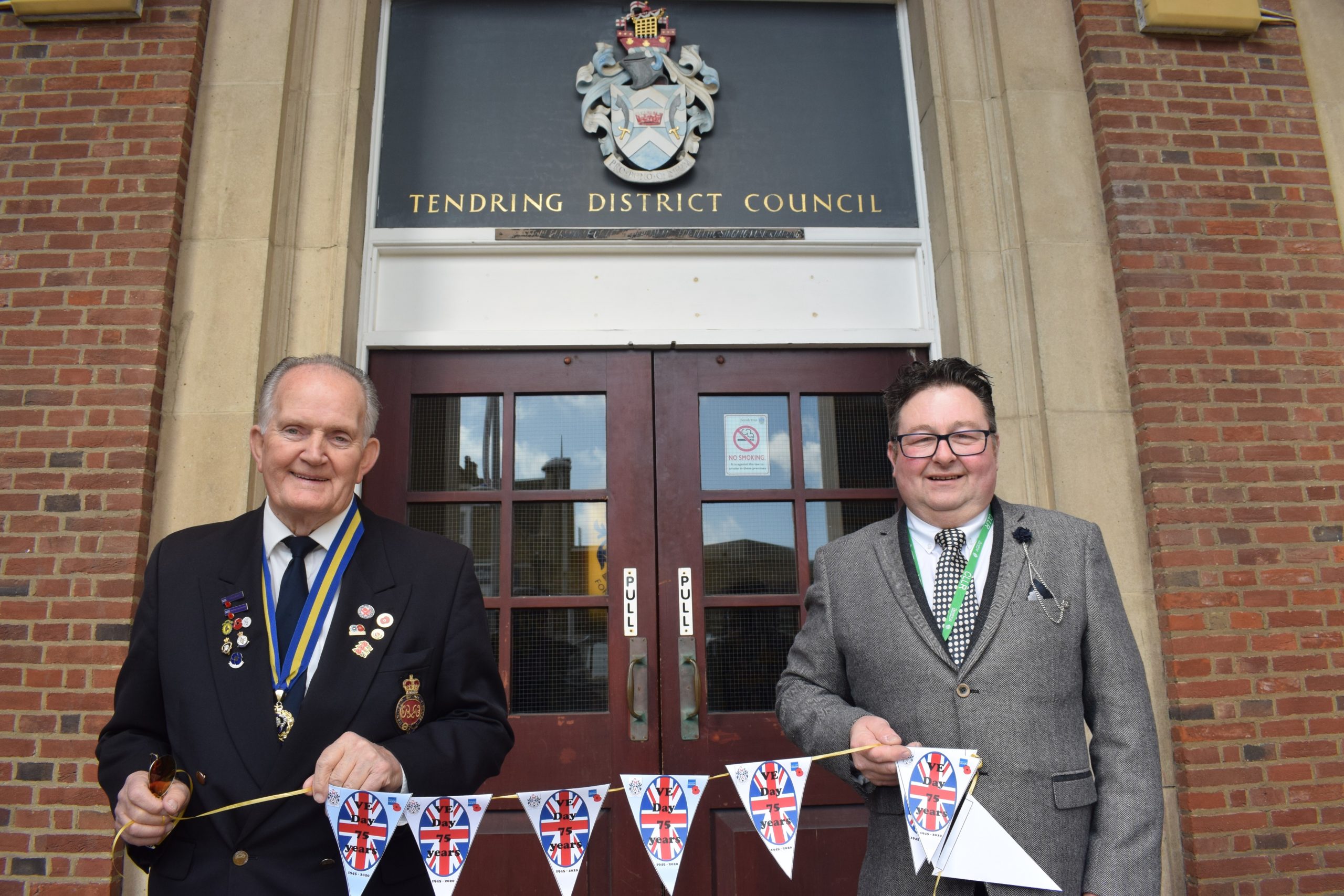 RESIDENTS URGED TO COMMEMORATE VE DAY FROM THEIR HOMES

As social distancing requirements have been extended as part of the national response to the Coronavirus (Covid-19) pandemic, Tendring residents are being asked to mark VE Day at home.

Big commemorations had been planned for the 75th anniversary of the end of the Second World War in Europe, with the early May Bank Holiday being moved to VE Day on 8 May.

In Tendring residents had been invited to attend a service at the War Memorial in Clacton, to be followed by a picnic on the beach, but with the lockdown extended this can no longer go ahead.

Chris Amos, Tendring District Council’s (TDC) Armed Forces Champion will lay a wreath on behalf of residents, along with Dan Casey, President of the Clacton branch of the Royal British Legion. Social distancing will be maintained.

A virtual service is also being developed by TDC working with the Royal British Legion to allow people to be part of a service via the TDC Facebook page on 8 May itself.

Residents and businesses had been asked to decorate their properties with bunting to mark the occasion, and a renewed appeal is being made for people to take part in a display of colour to commemorate VE Day.

There are also a range of resources for people to use to hold their own, lockdown-friendly commemoration and to find out more about VE Day, at the national website, https://ve-vjday75.gov.uk/

TDC is also partnering with BBC Essex, who are encouraging everyone in the county to get creative with bunting, and there are templates and ideas at www.bbc.co.uk/makeadifference

The resources are perfect for people to use at home, particularly children while home-schooling, and families are being encouraged to take part.

Clacton Town Hall will also be lit up in red, white and blue on 8 May as part of the council’s commemorations.

Cllr Amos said it was important the anniversary did not get missed during the lockdown.

“Now more than ever our appeal for people to line the streets of Tendring with bunting is important as we cannot congregate to mark the moment conflict ended in Europe for the Second World War,” Cllr Amos said.

“There are lots of templates online, and residents are encouraged to use recycled materials. The national commemoration website also has some great educational resources for young people while they are off school.

“If everyone makes just a small strip of bunting it will add colour to our district and replicate the scenes of 75 years ago as we recognise the sacrifice made by people during the war.

“While our service is held in Clacton and led by the local Royal British Legion branch, we understand other branches across the district are also affected by the current situation and so everyone in Tendring is invited to commemorate our virtual service together.”

Mr Casey added: “While disappointing that we cannot have our planned service and picnic, it is of course the right decision to not go ahead with those plans in the current situation.

“However, we will lay wreaths on behalf of everyone, and I hope that people answer this call to commemorate VE Day in their own way at home.

“Although we are not meeting, the Royal British Legion is still there to support veterans during this time and our services can be accessed in the usual way.”

People are encouraged to share images of themselves with their bunting, sending them to TDC and BBC Essex via their social media channels using #VETendring #GreatBritishBunting and #VEDay75 or emailing communications@tendringdc.gov.uk

Pictures sent by 5 May could be used as part of the virtual service, with the participants and photographer’s permission.