Figures have revealed a big increase in recycling rates across Tendring for the last financial year.

The finalised data provided by Essex County Council has revealed the overall recycling rate in Tendring for 2019-20 was 36.6% – up from 27.4% the previous year.

Tendring District Council (TDC) introduced a new recycling system last year, but which only came fully into operation halfway through the recording period. For the months the new service was in place, the recycling rate was 39.8%.

The improved recycling rates were helped by both a reduction in ‘residual’ black bag/bin waste, and an increase in recycling.

Black bag or bin waste dropped by one-fifth; in 2018-19 each household on average threw away just over half a tonne of rubbish (512kg) but last year this dropped to 401kg.

In 2018-19 Tendring as a whole produced 8,509 tonnes of general recycling, which increased last year to 9,198 tonnes – an increase equivalent to around 10 African elephants.

“We were confident that our new waste service would deliver improved recycling rates, and it is pleasing to see that the initial data has been borne out in the final figures,” Cllr Talbot said.

“Thank you to our residents for their efforts to recycle more, and throw away less – which helps our environment as a whole.

“The initial figures for more recent months are also very promising, and so I am hopeful that this improvement is a trend which will continue going forward.” 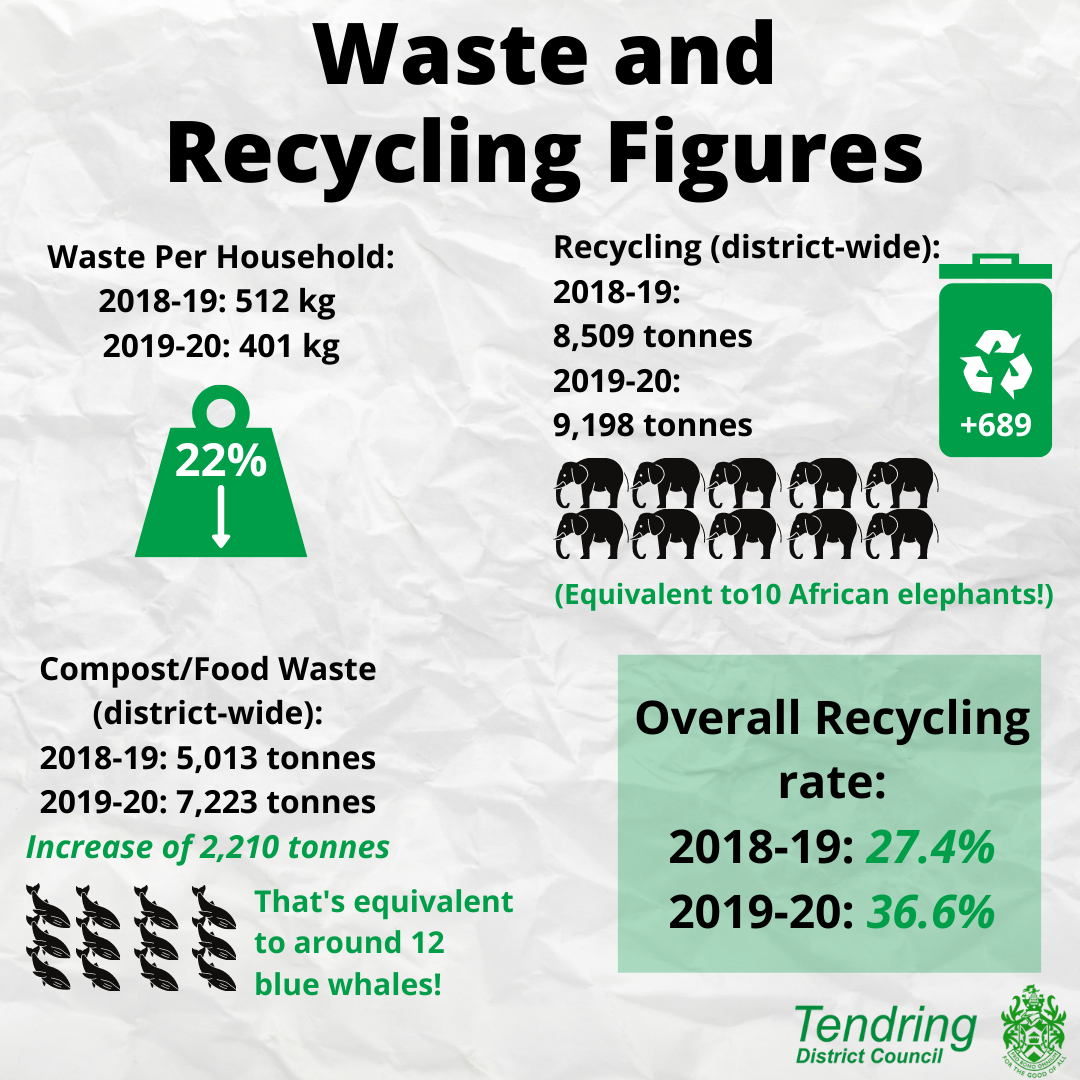