A clear up is underway of an eyesore site in Dovercourt as part of a regeneration project.

Tendring District Council (TDC) has purchased former Starlings garage and Queens Head Hotel site, which has stood derelict off Dovercourt High Street for a number of years following a fire and demolition.

Clearance work has begun, with plans to redevelop the site into a car park, open space and landscaping as part of the Dovercourt Rediscovered masterplan adopted by TDC last year.

Further consultation, a planning application and work tenders will be sought before the substantive regeneration works begin in 2021.

Carlo Guglielmi, TDC Deputy Leader and Cabinet Member for Corporate Finance and Governance, confirmed the purchase of land from private owners had been completed.

“I am really pleased we have managed to secure control of this site for the benefit of the town,” Cllr Guglielmi said.

“The site has lain unused for some years and I hope that bringing it back into use will act as a catalyst for the area.

“This project is very much another TDC-led community leadership initiative, by a considerable investment in Dovercourt town centre especially at this present time when there is so much doom and gloom around.”

Mary Newton, TDC Cabinet Member for Business and Economic Growth, added: “High streets are facing tough times at the moment and I hope our investment in this site will act as a turning point for Dovercourt, with the improvements making the shopping area feel even more inviting and attractive to shoppers and visitors

“Dovercourt has a real strength in the number of local independent businesses, combined with a strong history still visible in the form of the buildings and streets. The structure of a thriving and vibrant town centre is there and I hope we and business working together can nurture further enterprise and improvements.”

Proposals from the Dovercourt Rediscovered include a range of initiatives around the town centre, the ‘Dovercourt Twenty’, which include the re-purposing of the Starlings site.

Initial proposals drawn up by consultants Urban Initiatives Studio as part of Dovercourt Rediscovered will now be worked into full designs by TDC officers and Richard Jackson Limited consultant engineers. 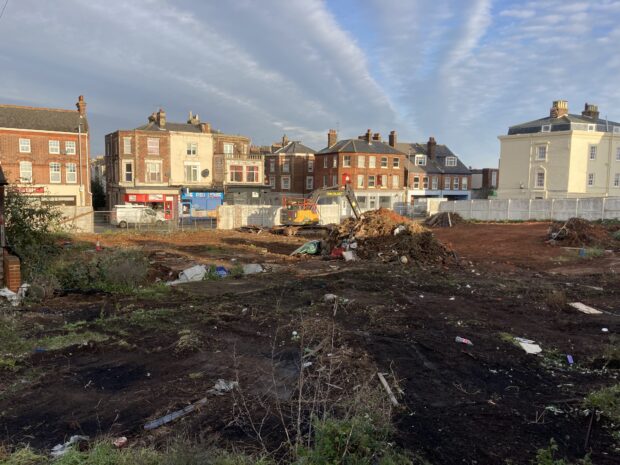 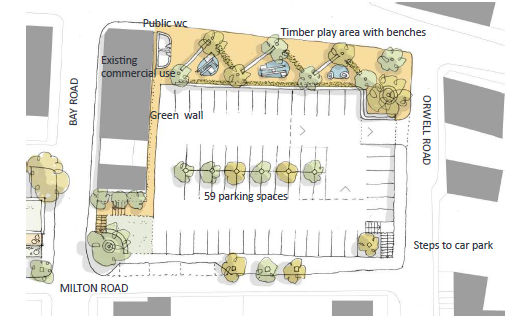